Microsoft Internet Explorer is not supported on this site. Please use a newer browser. 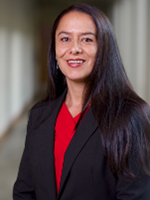 Dr. Julianna Reece, MD, MBA, MPH, is a Board-Certified, Family Medicine physician with nearly 20 years of experience in direct Primary Care, the majority focused on American Indian/Alaska Native healthcare. She is an enrolled member of the Navajo Nation and currently serves as the Director of Healthy Tribes for the CDC, National Center for Chronic Disease Prevention and Health Promotion, and Division of Population Health. Prior to this role, she was the Albuquerque Area Indian Health Service (IHS) Chief Medical Officer as well as the Vice Chair of the Heroin, Opioids and Pain Efforts (HOPE) Committee, a national initiative through IHS. 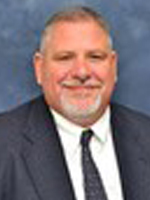 Russell Cantrell serves as the Director of the Division of Performance Improvement and Field Services in CDC’s Center for State, Tribal, Local, and Territorial Support (CSTLTS). Mr. Cantrell oversees the division’s planning, assessment, and evaluation activities, which helps identify improvement opportunities in public health agencies and systems structure, operations, and performance. He leads teams that advance the professional development and capability of the public health workforce. In addition, Mr. Cantrell guides work to develop and disseminate evidence of successful agency and system improvement strategies.

Previously, Mr. Cantrell was the acting director of the Public Health Associate Program (PHAP). He provided oversight and direction for the planning and development of a national workforce program consisting of approximately 300 public health associates. These entry-level career professionals serve in state, tribal, local, and territorial public health agencies; community-based organizations; public health institutes and associations; academic institutions; and federal quarantine stations across most states, select territories, and the District of Columbia.

In addition to his role as acting director, Mr. Cantrell served as deputy director of PHAP and the lead of its Program Management Team. In these roles, he oversaw the day-to-day operations of PHAP and was the principal advisor on program operations, procurement, travel, and budget.

Before coming to CSTLTS, Mr. Cantrell was the associate director for management and operations in the Division of STD Prevention (DSTDP), part of CDC’s National Center for HIV, Viral Hepatitis, STD, and TB Prevention. There he managed the division’s day-to-day operations, which included approximately 300 employees and a $150 million budget.

Mr. Cantrell began working at CDC in 1992 as a public health advisor, first in Fort Lauderdale, Florida, and later in Greenville and Jackson, Mississippi. He was promoted to a front-line supervisor while serving in Baltimore, Maryland. In 1999, he moved to Atlanta to serve as a project officer in the Division of HIV/AIDS Prevention. Later, Mr. Cantrell worked in the same position at DSTDP. He then went out to the field as the senior public health advisor for the State of Georgia. In 2010, he returned to CDC headquarters as the deputy branch chief in DSTDP’s Laboratory Research and Reference Branch.

Mr. Cantrell earned a master’s in public administration from the University of Mississippi and a bachelor’s degree from Delta State University. 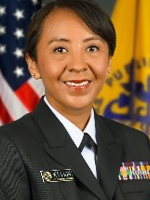 CDR Lynette Wasson, a member of the Navajo Nation, is a United States Public Health Service (USPHS) Commissioned Corps Officer assigned to the Centers for Disease Control and Prevention. She serves as Public Health Advisor for the Healthy Tribes Program, with the Division of Population Health, National Center for Chronic Disease Prevention and Health Promotion. Prior to joining the Centers for Disease Control and Prevention, CDR Wasson served as a Clinical Pharmacist and Administrator with the Indian Health Service for over 13 years. CDR Wasson received a bachelor of science from New Mexico State University in 2004, a doctor of pharmacy (Pharm.D) from the University of New Mexico College of Pharmacy in 2009, and a master in healthcare administration (MHA) from Colorado State University-Global in 2021. She holds dual pharmacy board certifications in pharmacotherapy (BCPS) and ambulatory care (BCACP). 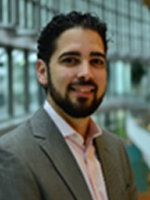 Dr. Wences Arvelo works for the CDC’s Epidemiology and Workforce Branch in the Division of Scientific Education and Professional Development (DSEPD) as the Associate Chief for Science. Dr. Arvelo joined CDC as an Epidemic Intelligence Service officer in 2005. Since then, he has had an impactful career in public health with strong scientific and workforce development experience. For over eight years, Dr. Arvelo represented CDC as a scientist and technical expert in Central America and Africa, including serving as a resident advisor for CDC’s Field Epidemiology Training Program in Kenya. He joined the Epidemiology Workforce Branch in 2015, where he has served in several leadership roles supporting several training fellowships and programs within DSEPD.

Dr. Arvelo has subject matter expertise in public health workforce development and has authored over 50 publications in peer-reviewed journals. He graduated from the University of Puerto Rico Medical School, obtained a master’s in public health from the London School of Hygiene and Tropical Medicine, and completed a residency in Internal Medicine at Boston Medical Center in 2002. He ended the preventive medicine residency equivalent training through CDC’s Population Health Training In-place Program and became board certified in Preventive Medicine 2020.

Links with this icon indicate that you are leaving the CDC website. For more information on CDC's web notification policies, see Website Disclaimers.

We take your privacy seriously. You can review and change the way we collect information below.

These cookies allow us to count visits and traffic sources so we can measure and improve the performance of our site. They help us to know which pages are the most and least popular and see how visitors move around the site. All information these cookies collect is aggregated and therefore anonymous. If you do not allow these cookies we will not know when you have visited our site, and will not be able to monitor its performance.

Cookies used to enable you to share pages and content that you find interesting on CDC.gov through third party social networking and other websites. These cookies may also be used for advertising purposes by these third parties.

Thank you for taking the time to confirm your preferences. If you need to go back and make any changes, you can always do so by going to our Privacy Policy page.